Tech Tank is an event series designed to showcase the modern technology HR leaders are using to solve their most pressing challenges. Inspired by the reality show “Shark Tank,” the series will feature a panel of HR experts asking thought-provoking questions to
leading-edge companies to help you evaluate, leverage and implement new technologies that will help your organization thrive in the future.

In partnership with SemperVirens, the SHRM Executive Network will highlight the leading-edge companies and technologies that are changing the future of work. Each company will share how they are solving business challenges and answer the tough questions posed to them by our panel of HR experts. Be part of the experience, engage directly with the company’s founders, and join us for an interactive event like no other.

+ How companies are leveraging technology to solve key challenges

+ How to engage, evaluate and negotiate with new vendors 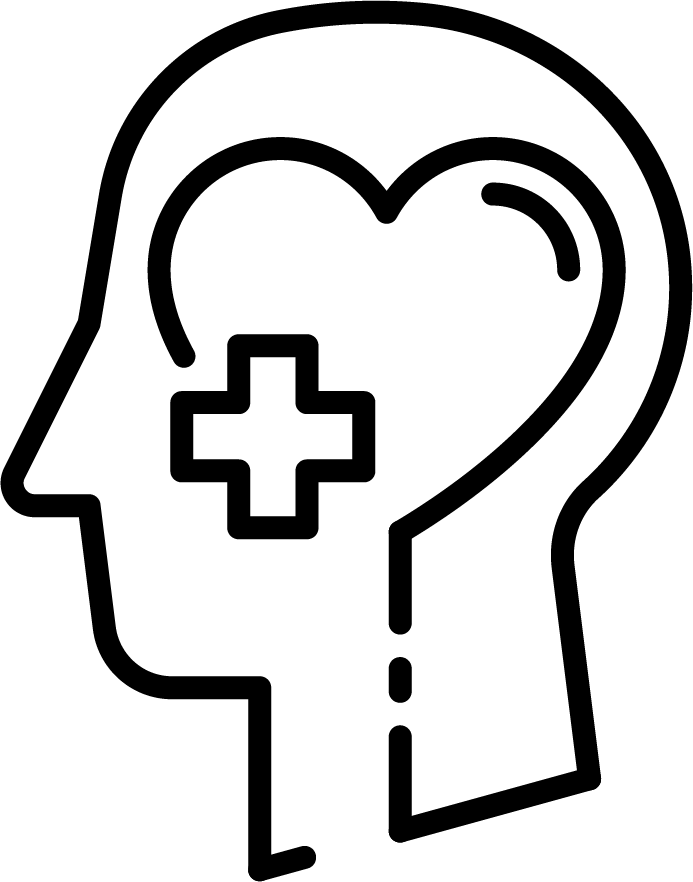 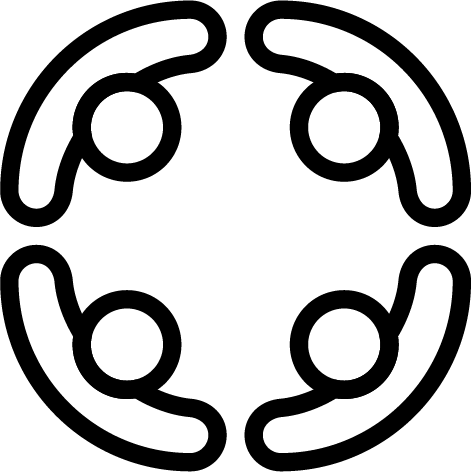 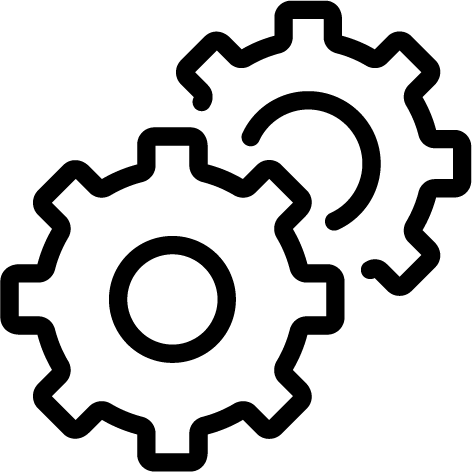 THANK YOU TO OUR PARTNER

SemperVirens is an early-stage ecosystem fund investing in workforce technology, healthcare technology and financial technology companies selling to and through the employer. Each year, SemperVirens evaluates over 1,000 companies innovating within the future of work. We are at the center of a strategic ecosystem of HR-focused investors, operators, industry analysts and consulting firms that serve as a real-time insight into buying patterns and market needs.

The SHRM Executive Network provides content as a service to its readers and members. It does not offer legal advice and cannot guarantee the accuracy or suitability of its content for a particular purpose.

Spring Health is a comprehensive mental health benefit for employers. We help your employees understand their mental health issues and connect with best-in-class providers to get the right treatment at the right time.

From early detection to full recovery, Spring Health is the only clinically validated solution proven to be more effective than traditional mental healthcare. By combining the latest technology with vetted providers, we help you engage 1 in 3 employees, reduce recovery times, and reduce healthcare costs.

Yusuf Sherwani is the CEO and Co-Founder of Quit Genius, the world’s first technology-enabled digital clinic for multiple addictions. Together with his colleagues Maroof Ahmed and Sarim Siddiqui, Dr. Sherwani developed a vision for the technology driven addiction treatment platform. Today the company has helped over 60,000 people quit their addictions.

A medical doctor by training and a technology enthusiast at heart, Yusuf is seen as an innovator operating at the intersection of healthcare, technology and design. With a medical degree from Imperial College London, Yusuf has co-authored 12 peer-reviewed studies on behavioral health and substance addictions. He was featured in Forbes’ 30 Under 30 list, 2018 as well as Fast Company’s 100 Most Creative People in Business.

Quit Genius is on a mission to empower people to quit their addictions and become the best version of themselves.

Jordana Stein is an expert on financial aid and student debt for GoGirl Finance. She founded SpareSugar, which explains the ins and outs of student loans in no-nonsense terms. She's also got a strong command of economic and financial policy as she is a speechwriter for the Secretary General of the Organization for Economic Cooperation and Development (OECD). She's got a Masters from London School of Economics and Sciences Po.

enrich is a community that matches senior leaders across companies to share external insights and best practices. Our mission is to help people create more meaningful connections and perform better at work. Our client base includes fantastic leaders like CXO’s and Senior leaders at Box, Glassdoor, VMware, Affirm, Google, Oracle, Envoy, Superhuman, Branch, Credit Karma, and others.

Joseph Freed is the CEO and co-founder. In addition to leading Cultivate, Joe enjoys writing about the future of work, teaching about startups and product management at UC Berkeley Extension, and occasionally running a marathon.

Ian is the Founder and CEO/CTO of ChartHop. Previously, he was the Founder and CTO of Sailthru, the marketing cloud delivering billions of personalized newsletter emails per month for top publishers and e-commerce brands. Before that, Ian was the first head of engineering at Business Insider and built the publishing platform that powers today’s highest-trafficked business website. Through this, Ian felt the pains of planning and building a team -- and wanted to build something better than the spreadsheets and legacy HR systems he'd been struggling with. ChartHop was born to help organizations better scale with purpose.

ChartHop is the world’s first organizational management platform empowering leaders and team members alike to see the past and present of their organization and design its future.

Beth Grous is the Chief People Officer at TripAdvisor, the world’s largest travel site, enabling travelers to plan and book the perfect trip. Beth is responsible for leading TripAdvisor’s global Human Resources and Office Experience teams, and she also sits on the Board of Directors of the TripAdvisor Charitable Foundation. Prior to joining TripAdvisor, Beth was SVP, Human Resources at Nuance Communications, a global provider of speech and imaging solutions. Beth also has extensive experience in the biopharmaceutical sector, having spent 12 years in senior HR leadership roles at Genzyme and then at Sanofi, following the acquisition of Genzyme. Her experience also includes HR leadership positions in the retail, consumer products, and managed services industries. Beth earned a Bachelor of Arts in English from Cornell University.

Mark is a seasoned globally-minded HR Leader who has chosen to work for big-hearted companies and focus on how he and his team can unleash the talents and interests of a company’s employees. He has worked with the likes of Levi Strauss & Company and Gap Inc. partnering with business leaders to support their HR needs including innovative ways to create a learning organization and ensure integration between work and life. Mark also spent two years living and working in Paris France for Thomson/Technicolor.

Mark has his JD/MBA from the University of Colorado after four formative years at Colorado College. Mark chose to leave the practice of law after one year to focus his career on helping organizations do the right thing and to attract, develop, engage and retain creative and diverse talent to drive business results, curate the culture and create community connections.

Michael is doing his part to drive HR disruption through his roles in academia and as a investor in next generation HR software. This includes work as faculty advisor of the Next Gen CHRO Program at Stanford Graduate School of Business Executive Education, as an advisor for several HR tech companies, and as a board member for several organizations including as a founding member of the Executive Advisory Board of SemperVirens Venture Capital.

In his most recent operating role, Michael served as the CHRO at Visa Inc. from 2013 to 2018. During his nearly six years at Visa, Michael was responsible for delivering a number of important contributions to Visa’s culture and employee experience, including launching Visa University, opening Visa’s first employee Health Center, advancing the company’s diversity and inclusion initiatives, and overseeing the growth of the employee base from approximately 9,000 to more than 16,000.

Michael joined Visa from HP where he was the Chief Talent and Rewards Officer. Prior to HP, he worked in Merrill Lynch’s Human Resources Division in New York and London. Additionally, Michael was Managing Director of Compensation & Benefits at Morgan Stanley.

Michael lives with his family in Palo Alto California

Arthur woods is a serial entrepreneur working at the intersection of equity, inclusion and technology. He was named to forbes 30 under 30 and 40 under 40 by BEQ. He is a three-times tedx speaker and has advised leading brands from disney and metlife to the smithsonian.

He is the co-founder of mathison, a talent marketplace helping employers recruit and retain professionals from underrepresented communities globally. He is the creator of the first equal hiring index to assess to drive inclusive hiring practices for organizations. Arthur came from google where he led operations for youtube’s education division and oversaw youtube for schools. Arthur previously co-founded imperative, leading social learning platform; out in tech, the largest global LGBTQ technology community; and social impact 360, the leading collegiate social enterprise education program.

Arthur studied operations and information management at Georgetown university and project management at Stanford university. He is a world economic forum global shaper, GCT entrepreneur in residence, a New York venture fellow, has contributed to fast company and

Mathison is the first all-inclusive diversity hiring platform, helping employers recruit and advance the most underrepresented job seekers while reinvesting in the communities they represent. We centralize the largest network of diverse job seekers from nonprofit communities and source and vet diverse candidates for employers’ most critical roles. With every hire we make a donation back to the community.

Clay Kellogg is the CEO of Terminal, the remote teams engine for fast-growing companies. Clay brings years of software, marketplace and mobile experience to the table having previously served as the chief revenue officer for hired and, prior to that, at chartboost leading global supply and demand growth at both companies. Clay spent the previous decade in leadership positions across mobile media, mobile advertising and mobile infrastructure at companies like Google, AdMob (acquired by Google), Autodesk, and Qualcomm. Clay currently serves as an operating partner at Atomic and a board member at Jampp. He holds an MBA from Harvard Business School and an undergraduate degree in information systems and finance from Ross School of Business at the University of Michigan.

Terminal is a tech-enabled remote teams engine for fast-growing companies. By combining recruiting, HR and community in one seamless solution, we power thriving remote teams. Delivering the top 1% of talent, with 75% higher retention than industry average, it’s our singular goal to build and retain product-building powerhouses to fuel the world’s most innovative companies. Companies like Bluescape, Armory, Everlywell, and Hims & Hers partner with Terminal to build remote engineering teams in the United States, Canada, Mexico and Colombia. Power your remote teams at Terminal.io.

Chitra Akileswaran, MD, MBA is a Board Certified Obstetrician Gynecologist and is concurrently the Vice Chair of Obstetrics and Gynecology at Alameda Health System, a large safety net health system in Oakland, California. She holds a Lecturer appointment at Harvard Medical School. With a background in healthcare leadership and interest in care delivery innovation, Chitra established initial operations and Cleo's care model. She was responsible for creating the role of the Cleo Guide and ensuring that trust continues to be the central tenet of the Cleo experience. She previously worked at McKinsey & Company. She received her undergraduate degree from Brown University, an MD from Harvard Medical School, and an MBA from Harvard Business School. She is the proud mother to her son, Prem.

Cleo is the support system for working families. With its integrated family benefits platform, Cleo combines proactive, expert guidance with an intuitive engagement hub to help connect families with the support they need to be their best at home and at work. From fertility to parenthood to the early years and beyond, Cleo families are happier, healthier, and more engaged as they balance their roles – helping companies drive more value from the fastest-growing part of their populations. Representing 55 countries and over 100 enterprise clients – Cleo is reinventing how forward-thinking employers support families that work around the world.